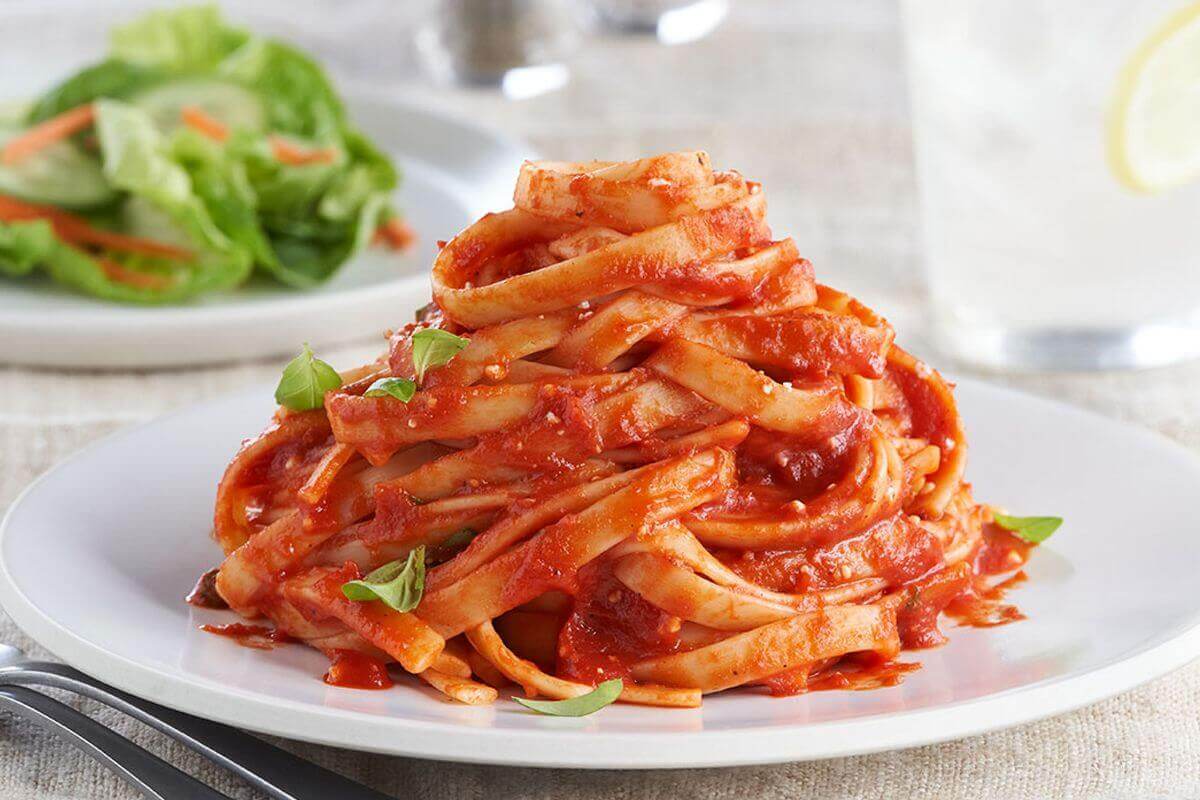 TIP: One can (6 oz.) Contadina® Tomato Paste and 3 cups chicken broth may be used instead of two cans of tomato sauce.  Prepare as directed, except omit sugar and increase sauce simmer time to 15 minutes.

TIP: To use fresh red bell peppers, char 3 medium peppers (about 1 1/2 lbs.) directly over a high flame on a gas stovetop or on a gas grill, turning with tongs occasionally, until the skin is completely blackened, 8 to 10 minutes. (Alternatively, broil in the oven on high on the highest rack, turning with tongs occasionally, about 8 minutes.) Transfer peppers to a large bowl, cover tightly with plastic wrap, and let steam 15 minutes. Peel peppers, then remove seeds and cores. Use peppers as directed in recipe and omit sugar.

Try These Other Delicious Recipes